Joint replacement can be an intimidating prospect. However, today’s robotic joint replacement procedures are minimally invasive, result in less pain after surgery and provide a faster recovery for patients.

In 2019, after living with constant discomfort and pain, Harry Ferguson learned he needed a hip replacement. He chose 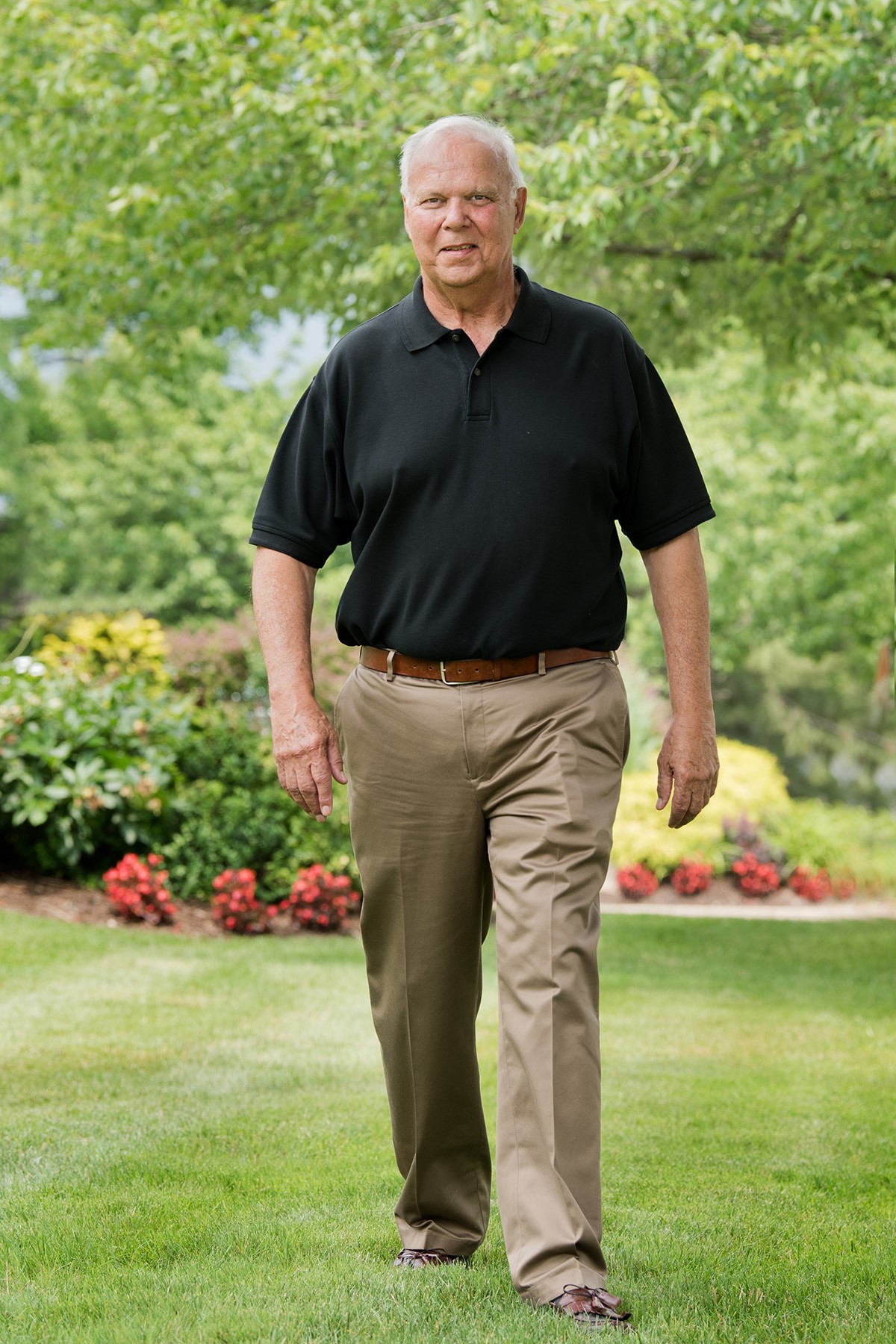 Valley not only based on the recommendation of his daughter, a nurse at Valley, but he also interviewed other surgeons at other hospitals to feel completely comfortable with his decision. Harry chose The Valley Hospital and orthopedic surgeon Ismar Dizdarevic, MD, and underwent hip replacement surgery with the Mako Robotic-Arm.

Harry knew that he would need a replacement of his other hip at some point, but did not anticipate it would be less than two years later. He was familiar with hip pain and knew that it could rapidly progress from an annoyance to debilitating. Familiar with the process and Valley, he returned to Dr. Dizdarevic in 2020 and began preparing for his surgery.

Valley’s robotic joint replacement protocol includes thorough education for patients, to ensure they understand what will be done, and what they can do to ease the process.

Training classes are held to give patients realistic expectations of the procedure and recovery. This not only includes pre-surgical hygienic measures but also how to prepare your home for post-surgical recovery; pulling up rugs, moving furniture or and how long to expect help are some of the preparations explained. Harry took a class before his first surgery as he found it to be very helpful, and decided to do so again for his second. During the COVID-19 pandemic, classes were held virtually but still included very thorough information. “Even though I had been through this before, it still made a big difference this time around – I was more aware of what to expect, and what to and not to do,” he said.

The surgery was a total hip replacement, including the cup, ball and titanium rod that is implanted into the bone. The Mako system is precise because it begins with a 3D model of your joint which helps your surgeon decide on the best size, placement and positioning of your implant.

His second recovery was swifter than his first. In two years, the anesthesia protocol had changed, and the anesthesia he received allowed him to move around independently sooner than before. He was groggy for only a few hours, instead of a few days, which allowed him to walk sooner. Following discharge, Valley Home Care sent a physical therapist to his home. He started with a walker, graduated to walking with a cane, and within two weeks was walking unassisted.

“I would recommend Valley to anyone,” says Harry. “The entire staff is great, and everyone is very patient,” he said. “The education and training provided before the procedure is essential.  You hear from others who have had a replacement, and the information is valuable both before and after the procedure.”