Since his late teens, Chris Lengers had been considering surgery for his pectus excavatum, a condition defined by depression of the sternum (breastbone) and anterior chest. The condition is also known as sunken or funnel chest, and can affect breathing and produce chest pain. 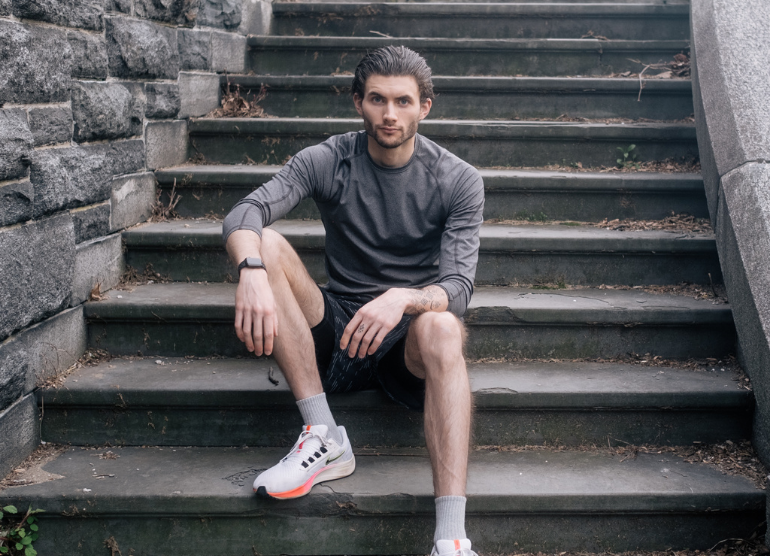 But it wasn’t until the Ossining, NY, native was 28 that he decided it was time.

“The surgery sounded very overwhelming and scary so I kept pushing it off,” Chris, a sports enthusiast, admitted. “But then I heard about another patient who had the surgery performed by Dr. Barry LoSasso, and after having plateaued a bit in my running, which was something I attributed to my condition, I felt it was time to seriously look into surgery as an option.”

The Valley Hospital’s pediatric surgery team offers the minimally invasive Nuss procedure to treat children and adults with the condition using the insertion of a curved steel bar.

Chris reached out for a consultation and went through the appropriate testing which revealed strain on his heart from the condition. Chris loves being active, including running, basketball, and weight training, and being as healthy as possible was a big factor to proceed.

In October of 2020, Chris underwent a nine-hour procedure at The Valley Hospital to address his pectus excavatum. The bar will stay for three to four years, after which it’s expected that his condition will be permanently corrected.

Due to his age, the surgical recovery process took a little longer as he is past the point of growing. During the six months he took off from his job as the Manager of the Media Production Lab at Pace University, Chris did physical therapy which enabled him to return to running and exercising once his post-operative recovery was deemed complete.

“Since the surgery, I am much more comfortable in my own skin, which is something I have never really had before,” said Chris. “I’m in better physical shape than I’ve been in my whole life, which has inspired me to work out more and to push myself.”

Chris is thankful to his nurses who calmed his nerves at the hospital, even making him a backscratcher out of pens, and for all those who played a part in his recovery. “It was the little things that made all the difference to me,” he said.

“This was by far the best decision I have made in my life. And I would do it again in a heartbeat,” he said. “I am so grateful to Dr. LoSasso; Allison Tan, PA, of Dr. LoSasso’s practice; Valley; and the entire team that took care of me. You have made my life better than I could have imagined. I look forward to the day when my bar is removed and the condition permanently corrected.”