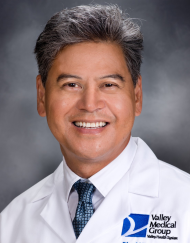 Dr. Yatco is board certified in general surgery and specializes in minimally invasive and robotic bariatric and general surgery, specifically primary and revisional bariatric surgery, gastrointestinal surgery, hernia repair, and anti-reflux surgery. He has performed laparoscopic obesity surgery since 2002 and was among the first bariatric surgeons to perform a laparoscopic robotic-assisted conversion from a gastric bypass to a modified duodenal switch using the da Vinci® Xi surgical robot system.

Dr. Yatco received his medical degree with a distinction in research from the State University of New York at Stony Brook School of Medicine. He completed a residency in general surgery at St. Vincent’s Medical Center in New York City and a minimally invasive surgery fellowship at The Institute of Minimally Invasive Surgery at Westchester Medical Center in Valhalla, New York.

Prior to Valley, Dr. Yatco served as the Assistant Chief of Bariatric Surgery at Lenox Hill Hospital/Northwell Health in New York. He has published numerous articles and has spoken at national conferences about laparoscopic, robotic, and bariatric surgery. 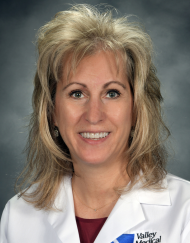 NanceyAnne is a board-certified adult geriatric nurse practitioner at the Center for Bariatric Surgery and Weight-Loss Management. She holds a bachelor’s degree in nursing from St. Peter’s University and a master's degree in nursing from Fairleigh Dickinson University. NanceyAnne also holds national certifications in critical care (CCRN) and is a certified Bariatric Nurse (CBN).

Before joining the Center for Bariatric Surgery and Weight-Loss Management, NanceyAnne spent 32 years at The Valley Hospital as a registered nurse in critical care and later as a unit-based nurse practitioner on the bariatric surgical floor. Since joining Valley Medical Group in 2021, NanceyAnne has been part of developing the Center for Bariatric Surgery and Weight-Loss Management's medical weight management and bariatric exercise physiology programs. 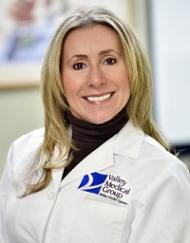 Meredith received a master's degree in clinical nutrition from New York University. She has worked with bariatric patients since 2001 and has written numerous text chapters and journal articles on nutrition and dietary guidelines for the bariatric patient. Meredith has been a guest speaker at The American Society for Metabolic and Bariatric Surgery, ASMBS, and The International Federation for the Surgery of Obesity and Metabolic Disorders. Before joining The Valley Hospital in 2009, Meredith worked as a bariatric nutritionist at Columbia University Medical Center, New York University Medical Center, and Mount Sinai Medical Center. 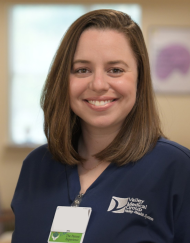 Jackie is a board-certified registered nurse and joined Valley Medical Group in 2019. She holds a bachelor’s degree in nursing from Ramapo College of NJ and a master’s degree in nursing from Rutgers University. Prior to joining Valley, Jackie worked for eight years as a staff nurse at Hackensack University Medical Center, including four years caring specifically for bariatric surgery patients. 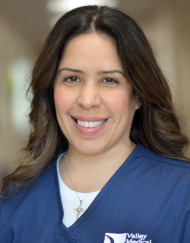 Tavany is a certified medical assistant who joined Valley in 2018. She started at Sub-Speciality Pediatrics, and moved on to various positions within the organization until arriving at The Center for Bariatric Surgery and Weight-Loss Management. She received her RMA and Associates Degree in Health Science at Eastwick College. Tavany is currently attending Jersey College School of Nursing pursuing an LPN license. 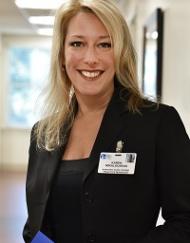 With more than 20 years of experience in the health and wellness industry, Karen brings a great deal of knowledge to her role as the Practice Manager for the Center for Bariatric Surgery and Weight-Loss Management. Before joining Valley, Karen was the Office and Operations Manager for Holy Name Medical Center's medically based fitness center, HNHFitness, in Oradell. During her nine years at the center, she was responsible for all member and community-based relations. Karen also worked as a regional director for Sportscare Institute, Inc., where she was responsible for managing the reception staff in all of the company’s Bergen and Rockland County facilities to ensure patient satisfaction. Karen’s first role in the industry was as a manager for a team of health and welfare benefit specialists at Mellon Financial. 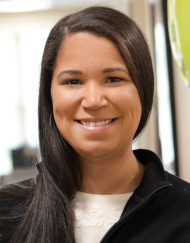 Estefany joined Valley Medical Group in 2017. She earned her bachelor’s degree in linguistics from Montclair State University. With more than 10 years of customer service experience, Estefany is ready to assist all our patients throughout their weight-loss journey.